Why work in Ireland?

The Irish economy is strong in contrast with many of the surrounding Eurozone economies, thanks to its high employment rate and rising wages. In particular, the rise of the IT and life sciences sectors in Ireland can be related to the innovations found in technology and healthcare, for which there is a skills shortage and abundant working opportunities. This means there are plenty of job prospects for adventurous candidates willing to relocate to the wonderful land of Irish dancing, Guinness and charming accents.

Ireland can be a great place to live and work. The cost of living is steadily decreasing and there’s no better time to get a great deal on accommodation. Dublin still ranks below other global cities for cost of living, according to a recent report by Mercer, beating out Paris, New York, London, Sydney and Zurich. It’s also the 10th safest place in the world to live according to the Global Peace Index, and similarly, ranks well for promoting gender equality, coming 9th in the World Economic Forum Gender Gap Index.

Having international experience on your CV can be invaluable as relocation highlights your commitment to your career and flexibility as well as the ability to adapt to a new culture and embrace change. This all makes you more attractive to a prospective employer.

Ireland is a very multicultural country and prides itself on being so. Almost two-thirds of people are dual nationals meaning 66,440 people in Ireland were born abroad. Foreign nationals are valued by the Irish government for their contributions to social, financial and technological developments and progress in Ireland, helping to create Ireland’s exciting, modern culture based on equality and acceptance.

Ireland has one of the youngest populations in Europe with 33% of people under the age of 25. There are plenty of opportunities for studying in Ireland which ranks highly for its quality of education with 30% of students enrolling in Science, Technology, Engineering and Maths (STEM) courses. This youthful country is surely headed for great endeavours and innovations in technology, sciences and politics.

EU and UK Citizens can freely move and work within Ireland without limitations. The Republic of Ireland uses the euro as its currency, making it easily accessible to transfer money between 18 other European nationalities which also use the euro currency.

International citizens outside of the EU also have the opportunity to live and work in Ireland with a visa and an employment permit of which there are nine different kinds.

In 2017, the Irish country grew by 7.3%, three times faster than other European countries according to the EU Commission estimates. Currently, the unemployment rate presides at an 11-year low.

In particular, the services sector dominates the job market and there are abundant opportunities in major industries who are growing their technology sector, making the skills of IT workers in high demand. There are a variety of famous tech corporations with bases in Ireland including Intel, Microsoft, Apple, IBM and HP. This is due to Ireland’s corporation tax rate of 12.5% which is one of the lowest in the world. This has recently attracted an internet and social revolution with the likes of Facebook, LinkedIn, Amazon, Twitter, eBay, PayPal and Google also positioning themselves as major players in the Irish economy — placing Ireland as the internet capital of Europe, a sector which accounts for €50 billion worth of exports from Ireland per annum.

In addition, the life sciences sector in Ireland, ranging across medical devices, pharmaceuticals and bio, exports more than €45 billion annually and employs over 50,000 people. Ireland is ideally located for life science start-ups due to its access to specialised staff, advisors, investors, managers and suppliers. Eight of the world’s 10 largest medical device companies are based in Ireland including Abbott, Bayer, Becton Dickinson, Boston Scientific, Johnson & Johnson, Guidant, Medtronic and Stryker.

Pubs, golf, whiskey, stew, Guinness, rainbows, craic, leprechauns, Yeats and Gaelic, the list goes on. Ireland is famous for its strong economy in addition to its vibrant culture based on years of tradition that stems from creative music, art, literature, dance, folklore, cuisine, languages and sports.

There are many things to explore whilst living in Ireland, from interesting colloquialisms to cooking Irish cuisine. In addition, Ireland contains a wide and lush landscape ready to be travelled and explored. Despite the difference between the distinct regions, they can be united through their love of having “a bit o craic” at the local pub.

Although there are a large number of languages used in Ireland including Irish and Gaelic, on top of the various languages spoken by diasporic settlers, English is the country’s first language which makes communication accessible for most. Ireland has one of the highest standards of living in Europe and is well-connected geographically through its many airports and docks.

Living and working in Ireland will allow you to soak in its rich history while taking advantage of the green rolling hills in the countryside right down to the metropolitan wonders that Ireland has to offer.

Jobs in Ireland with Quanta Recruitment

Quanta recruits talented candidates looking for contract and full-time work in Ireland. Apply for a variety of jobs in Ireland’s lovely capital of Dublin or in quaint cities around Eastern and Western Ireland in the ICT and life sciences sectors. Contact us to learn more about how we can help you today. 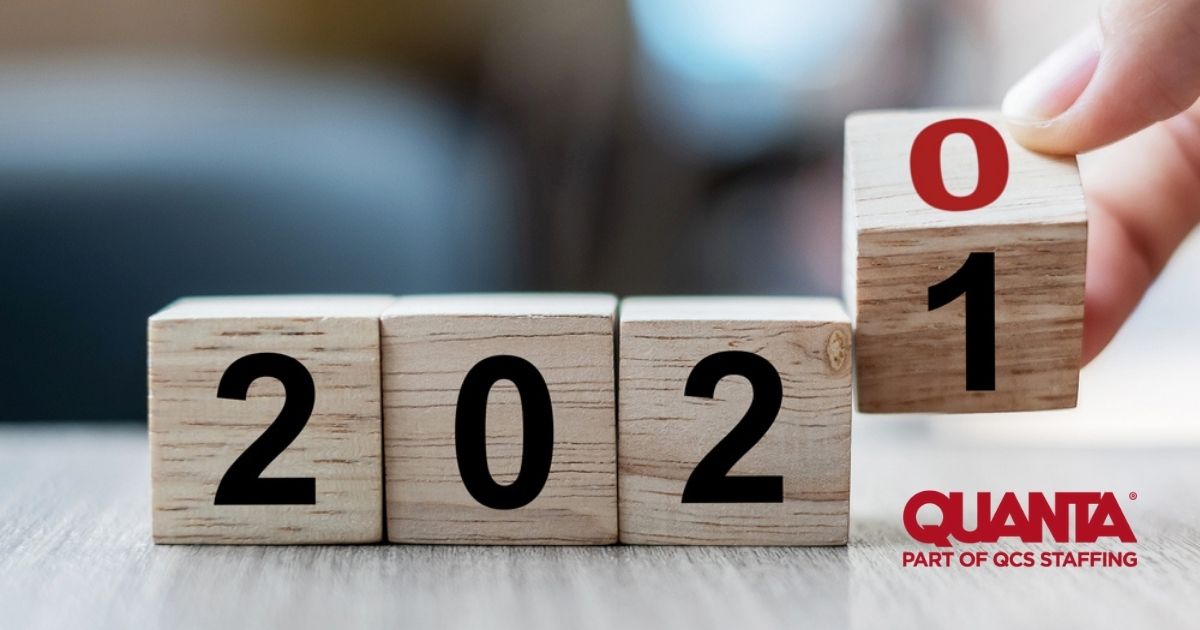 One of the top 10 best companies to work in Ireland is looking for more engineers for their large-scale new facility north of Dublin. Is this you? A Project Manager / Project Engineer required to

A global bio-pharmaceutical organization are currently looking for a QC Lab Analyst for a long term contract position based on Ireland’s east coast. This role will be responsible for Quality