How has the recruitment industry changed over time?

As a general concept, recruitment can be traced back to around 55 BC, when Julius Caesar effectively introduced the first referral programme for soldiers who brought other soldiers into the Roman Army. The reward by Caesar amounted to 30% of a soldier’s annual pay, making it a massive windfall for those who took him up on it. And while such a substantial reward would largely be out of the question for most within recruitment circles these days, the premise of recruitment and referrals lives on.

Fast forward to the 1940s and WWII and recruitment really took on a life of its own. The war, and the millions of people who served in it, resulted in a massive skills and labour shortage in the jobs that were vacated by soldiers. Employers took the opportunity to advertise to fill these positions by people who weren’t joining the war effort, and thus the modern recruitment market was born. As the war ended and soldiers began returning home, organisations we would now recognise as recruitment agencies quickly sprang into action to secure employment for them. Veterans had new skills that were beneficial to the workforce, and recruiters learned to highlight these when putting candidates forward for jobs. Candidates and recruiters worked together to tailor CVs for specific positions, a practice that has continued today.

The early days of the recruitment industry utilised bulletin and notice boards, newspapers, word of mouth and face-to-face applications. With no internet, everything was very manual - CVs were stored in their paper formats and there was no automatic screening or keyword searching. The focus was very much on the candidate and finding suitable employment for employees, however things started to change in the 1970s as a strong economy saw large organisations increasingly outsource their recruitment needs to niche agencies.

The introduction of the internet shook up the recruitment industry even further, allowing recruiters to experiment with new ways of attracting viable candidates. Applicant Tracking Systems (ATS) and candidate databases followed, and the world of recruiters opened up even further. The first job board was launched in 1992 (coincidentally the same year Quanta was launched!), primarily featuring jobs from all industries and at all levels alongside each other, but in the late 1990s and early 2000s, niche job boards started to appear. This follows the recruitment agency’s pattern of becoming increasingly specific – for example, at Quanta we focus on three sectors, allowing us to really understand our markets, clients and candidates inside out.

The last two decades have seen social media explode, heralding in a new way of networking and communicating professionally. Sites such as LinkedIn, Twitter and even Facebook have all helped to bolster the recruitment sphere, giving professionals and recruiters worldwide instant access to an infinite amount of information and resources. Passive targets became easier to target through these social networks, but they also blurred the line between candidates’ professional and personal lives.

As for Quanta? We’ve seen significant changes in our 25-year history, which our Founder and MD Stephen Trigg talks through here. And there are plenty more to come. We’re excited to be working in some dynamic and forward-thinking industries, including Renewable Energy, where we expect to see some major changes in the coming future. Stay tuned for more! 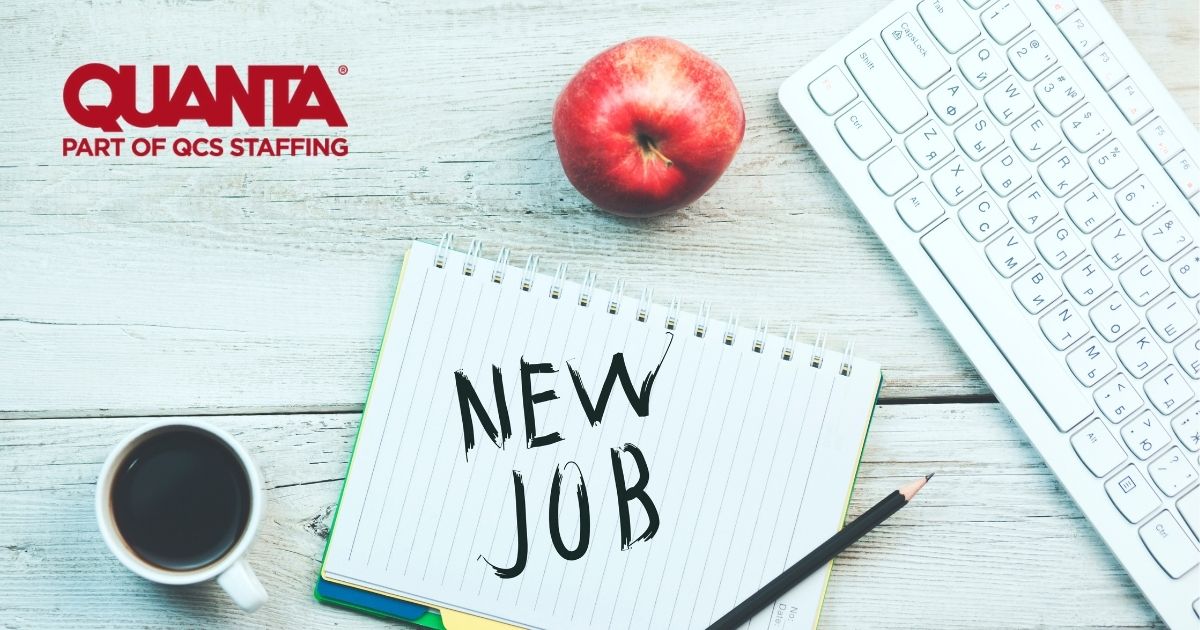 A global bio-pharmaceutical organisation are currently looking for an experienced Deviation Investigator to support the Manufacturing team on-site in Dublin. The ideal candidate will be able to:

Gas Turbine Commissioning - 6-months+ - Contract  Brilliant opportunity for an experienced engineer to join an industry specialist with a large portfolio of projects across Europe.   Role

Operational Excellence Lead - Permanent - North Carolina This is a permanent opportunity for someone with the ability to engage with all levels of technology operation teams, quality, engineering,